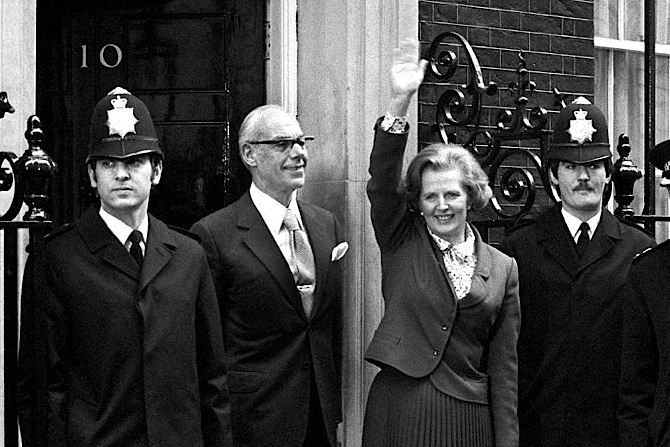 Thirty-four years ago today on 4 May 1979, Mrs Thatcher took office as Prime Minister. Every new Prime Minister, upon taking up the office is given a detailed brieifng on the most urgent and important issues of the day. For convenience here is the briefing on my own website (35Mb pdf download). Here is the document on the National Archives website (where you have to “add to basket etc.”).

Public sector pay, energy policy (coal and oil particularly), industrial relations, Europe and international security all feature but so too, of course does Scotland. Here are some highlights.

(ii) the equally expensive problem of the steel industry

(v) Constraints on industrial development caused by planning procedures (the CPRS are conducting a study) – with Moss Morran as the current leading case.

4. For Scotland your Scottish Manifesto also proposed the early establishment of a Select Committee for Scottish affairs.

6. The outcome of the referendum can be accounted a rejection of an elected Assembly with legislative and executive powers for Scotland alone …… Although a federal system for the United Kingdom as a whole, with parity of relationships for each of its parts, could accommodate a Scottish legislative Assembly, there is clearly little interest in and less demand for so fundamental a change in the country as a whole.

And on the lack of readiness of the rest of the UK to embrace constitutional change foundered the hopes of home rule for the next twenty years.