The COSLA conference. A historic event? 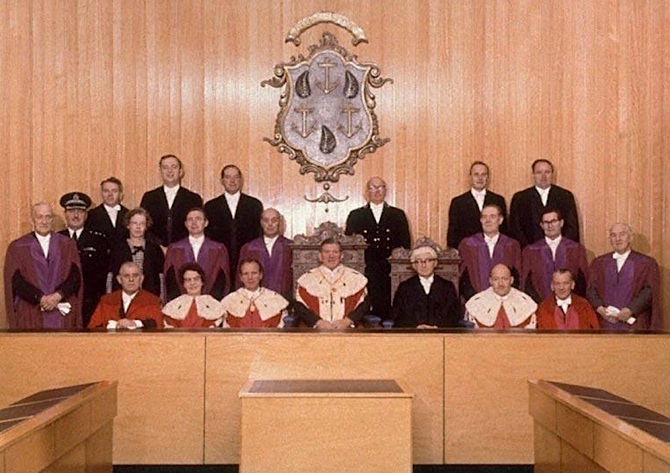 The 2013 COSLA & Improvement Service conference might yet go down in history as a historic event. Opening the conference yesterday, COSLA President Councillor David O’Neill, laid out a future vision for local government which is a radical departure from the business as usual approach and creeping centralisation of the past few decades.

“Scotland post the referendum should not have higher and lower levels of government, one of which has the ability to rule the roost over the other. Whatever the outcome of the referendum, we will have a new situation for public services in Scotland and it is inconceivable that either of the possible settlements at a national level will not have enormous consequences for provision at a local level.

“I believe that whatever the outcome of the referendum in 2014, a way can be found that so fundamentally embeds local government in the ‘constitution’ that its status would be fundamentally altered.

“It angers me that when we look to Scandinavia and other countries to see how they manage what is deemed to be a better level of local public service we miss the fundamental point.

“In those countries there are more councils, elected councillors represent fewer people, and these councils and services are constitutionally protected with their funding being secure.”

In these few sentences Mr O’Neill captures the critical difference between Scottish local government and other European countries (see previous blog), namely the level of constitutional protection, the degree of financial autonomy, and the degrees and levels of local democracy.

Today, Nicola Sturgeon announced that the SNP would be arguing for the rights of local government to be enshrined in a written constitution in the event of a Yes vote in 2014.

“I can announce today we will also argue for Scotland’s Constitution to guarantee the status and rights of local government.  The role of Scottish local authorities should be entrenched in a written Constitution – a democratic settlement that only independence offers.

Such constitutional protection is mainstream in developed democracies such as Germany, Denmark, and Sweden – once again, it is the UK which is the exception.   We believe this should also be the case in a modern, independent Scotland – and I look forward to having productive discussions on further details with representatives and champions of local government in Scotland.”

This is a very welcome statement. The constitutional status of local government was the subject of research by the Scottish Office 15 years ago in 1998 but nothing has changed since. At present the UK and Scottish Parliaments both have the power to abolish local government. In the past they have done so with impunity. In 1930 parish councils were abolished. In 1975 Town Councils were wound up and in 1996 the Regions and Districts were done away. The centralisation of governance has been underway for many decades. In 1895, in an introduction to the Handbook to the Local Government (Scotland) Act 1894 (which introduced elected parish councils), the author wrote

“The Local Government (Scotland) Act 1894 has reformed the constitution of the bodies set up … in 1845 … and has placed them in such relations towards governing bodies of wider range as to suggest to the legislator of the future that completion of a scheme of graded representative institutions, ascending from the parish council through the town and county council to the great assembly of the nation in Parliament.”

Unfortunately, since then, this graded representation has been systematically destroyed as illustrated in the table below which shows the elimination of local government in Fife.

In countries like Germany this would be far more difficult since the Länder, Counties and Communes are protected by Article 28 (Self-Government) of the German Constitution which also guarantees their financial autonomy. Margaret Curran, Labour’s Shadow Secretary of State for Scotland gave a thoughtful speech at the end of the day and announced that Labour’s Devolution Commission “is looking in detail at this, and we will have more to say in the coming months.” (1)

When Angela Merkel goes to the polls later this year she would be acting unlawfully were she to try and to curry favour with the electorate by making promises about the level of local taxes in her home city of Hamburg. In Scotland, by contrast, the SNP and Labour have blatantly compromised the autonomy of local government by promising council tax freezes in Musselburg and Jedburg which they do not have the legal power to deliver.

Might we look back in ten years and see this COSLA conference as the turning point in the relentless march of centralised power?

(1) it is interesting to note that both Nicola Sturgeon and Margaret Curran gave speeches that were relevant to the audience and to the future of local government in Scotland. Alistair Darling’s speech, by contrast, was simply a campaign speech on behalf of Better Together.