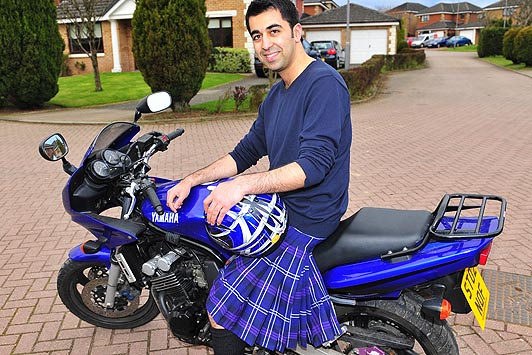 Following last week’s trip north by Paul Wheelhouse, this week it is the turn of Humza Yousaf, the Minister for External Affairs and International Development in the Scottish Government. He will be attending a seminar in Helmsdale as part of Oxfam’s Enough Food for Everyone campaign. Here is his pre-drafted speech. In a short piece for Bella Caledonia I outlined my own thoughts about the parallels between the Highland Clearances of 200 years ago in Sutherland and land grabs around the world today.

As Mr Yousaf heads north, he can tune into the BBC Radio Scotland news bulletin for the Highlands and Islands where he can listen to the Chairman of Scottish Land and Estates, Luke Borthwick, argue that “there has been a tendancy in the past to look back at the historic events that have happened particularly up in the Highlands and I think people need to realise we need to move forward” The clip is taken from the PR video released by Scottish Land and Estates last week. There is also a clip from South Ayrshire Stalking’s Chris Dalton whose lease for the stalking rights on Raasay was been the subject of much controversy last week. The clip is taken from a longer interview conducted by Radio Scotland’s Out of Doors programme (see previous blog).