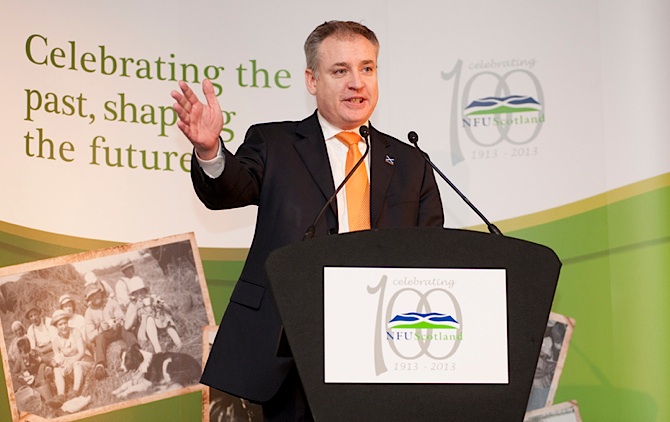 The future shape of the Common Agricultural Policy for 2014-2020 has become clearer following the EU budget summit on 7 – 8 February and the European Parliament’s adoption of a negotiating mandate with the Commission and Council on 4th February.

One possible conflict between the Parliament and the EU leaders is on the subject of capping direct payments to farmers (see my previous Nov 2011 blog on the topic). As the Parliament noted,

“The distribution of direct income support among farmers is characterised by the allocation of disproportionate amounts of payments to a rather small number of large beneficiaries. Due to economies of size, larger beneficiaries do not require the same level of unitary support for the objective of income support to be efficiently achieved.” (1)

MEPs voted to cap direct payments paid to any one farm at €300,000 with additional reductions in payments for those receiving over €150,000.

At the EU budget summit, however, European leaders agreed that,

“Capping of the direct payments for large beneficiaries will be introduced by Member States on a voluntary basis.” (2)

This difference between the Council of Ministers and the Parliament will be one of the many items to be resolved over the coming months.

As far as Scotland is concerned, agriculture is devolved. If capping is to be left to member states to decide, then which way will Richard Lochhead and the Scottish Government decide to proceed? In Scotland, the amount of farm subsidy paid to the top 50 recipients increased from £22m in 2008, £24m in 2009, £27.6m in 2010 and £35m in 2011. The existing subsidies are allocated in a very unequal manner as the graph below shows. For 2011, the top 10% of farmers received £345 million – 48.6% of the total subsidy pot of £710.4 million. Over two-thirds of subsidy goes to the top 20% of farmers. 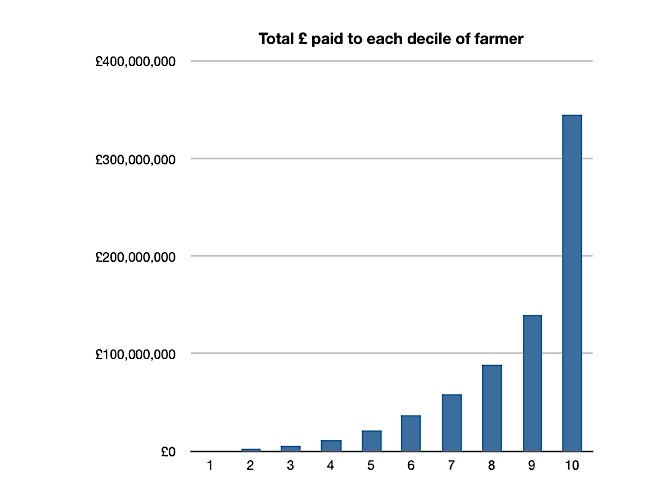 Were a more reasonable cap to be adopted (say a maximum of £100,000 per farmer) then the amount that would be clawed back from the 813 farmers who receive more that this would total £53.9 million. (over 10% of the £500 million of direct payments).

This is money that could be used to support new entrants to farming and supporting local food schemes such as the Fife Diet.

Recent surveys of opinion have shown that the majority of Scottish farmers want a ceiling on the amount of subsidy any one farmer can receive. (3) Whether capping is left to member states or not is yet to be decided. But if it is, then Richard Lochhead has a decision to make and it will be interesting to watch what he decides to do. He is very close to the farming lobby.

At the National Farmers Union of Scotland AGM last week, he made the startling admission that for the past six years “I have had the honour of being your representative in Government”. (4) The last time I looked, Richard Lochhead MSP was the representative of the people of Moray and as a Minister in the Scottish Government he represents the interests of the people of Scotland.

It is always a danger that Ministers are captured by elite groups and the NFUS is both a powerful lobby group (what other organisation would attract 2 UK Cabinet Ministers and 2 Scottish Ministers to its AGM?) and is further dominated by the interests of the larger farmers and landowners who (it would appear) Mr Lochhead is in Government to represent.

As I say – it will be worth paying close attention to how this question resolves itself over the coming months.