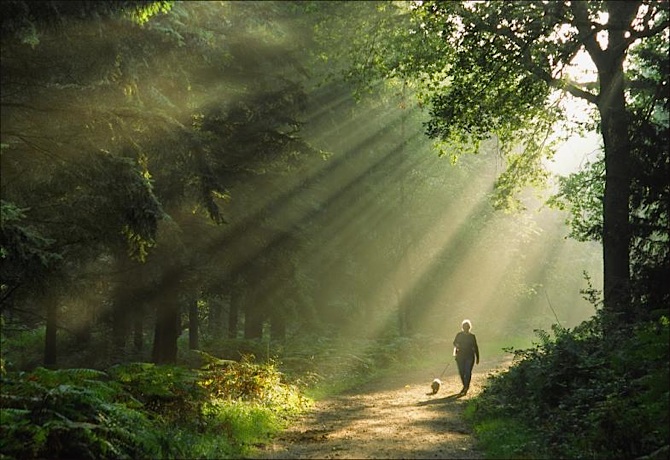 The UK Government today published its response to the Report from the Independent Panel on Forestry (IPF) which was set up to review the future of England’s forests in the aftermath of the huge public outcry over plans announced in 2010 to sell parts of the English Public Forest Estate. In this brief blog I want to draw attention to Section 9 and some interesting proposals on ownership of England’s forests.

It is popularly thought that the Forestry Commission GB (FC) owns the public forest estate in Great Britain (state forests in Northern Ireland are managed by the Forest Service of Northern Ireland). In fact the FC owns no land at all. The public forests across GB are owned by Government Ministers. In Scotland this the Scottish Ministers. In England it is the Secretary of State for Environment, Food and Rural Affairs and in Wales it is Welsh Ministers (though the FC in Wales is about to be merged into a new body Natural Resources Wales from 1 April 2013).

The outcry that followed the UK Government’s plans to sell “up to all” of England’s public forests led to a huge public campaign to “Save Our Woods” and to the establishment of the IPF and a today’s announcement from DEFRA. The public in England clearly want “their” forests to stay in “public ownership”. But this begs the question of what form of public ownership is best suited to serving the interests of the public. My own view at the time was that England’s forests are not really public forests at all – they are state forests owned by a Government Minister who has the freedom to do as he or she likes within the law and subject to Cabinet approval. The public are not involved at all (and the same applies in Scotland and Wales).

I wrote an article for the Observer at the time arguing that if folk want public forests they needed to think about ownership and consider a new model of public ownership that is removed from Government and is more local and accountable to “the public”. I cited the example of public forests in France, for example, where 20% of public forests are owned by 11,000 communes (30% of France’s 36,700 communes or municipalities).

So it is with some interest that I note that the UK Government intends to abolish Forestry Commission England and replace it with a “new, separate Public Forest Estate management body to hold the Estate in trust for the nation.” (Section 9 of DEFRA Response). The response, however, avoids the question of ownership. This new body will manage the English Public Forest Estate but it will not hold legal title to the land and will thus be in the same relationship to Government as the FC is today – the manager of state-owned land.

This proposal is fraught with risks for those who think they have “saved England’s forests for the public”. The Confederation of Forest Industries (CONFOR) has issued a statement welcoming the Government’s response in enthusiastic terms. I would not be surprised if in a few years time the new management body emerges as an industry-dominated quango, liberated from all but the remotest of control from DEFRA and in charge of the English Public Forest estate. I fail to see how that addresses the principal concern of campaigners – to keep England’s forests in public ownership and under public control.

Clearly this proposal provides a whole range of new uncertainties about the future of English forestry and there is a real danger that the new body will become captured by corporate elite interests. The move also heralds the end of the Forestry Commission itself which will soon no longer be a GB body given its forthcoming abolition in Wales. In Scotland, the FC is not devolved although forestry policy is as is the ownership and management of the Public Forest Estate in Scotland (and FC GB has its headquarters in Edinburgh). The Forestry Commissioners remain a body corporate appointed by the Queen but for how much longer? Do the developments in England signal the final full devolution of forestry to Scotland and the end of the Forestry Commission here too?

More importantly, the English proposals provide an ideal opportunity to challenge again the notion of state ownership of England’s forests and devise a new model of public ownership that is local and democratic. In my response to the Land Review Policy Group in Scotland (link available on this page), I argue that: –

Such an arrangement I suggest would also help to ensure the public ownership of England’s Public Forest Estate.