Look and Learn from Across the Irish Sea 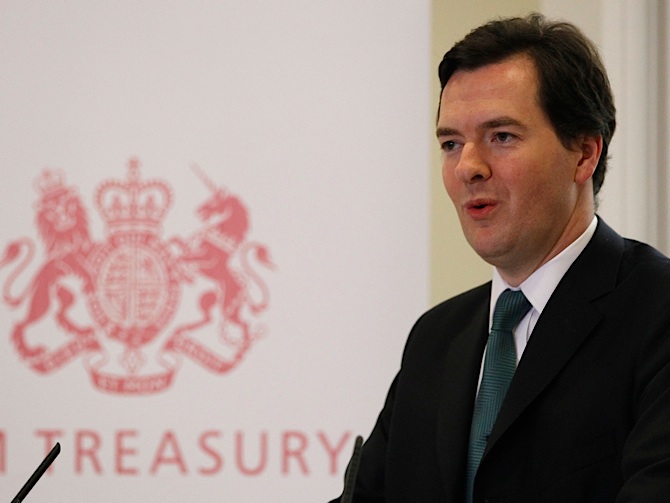 On the day that George Osborne is due to deliver his 2012 Autumn statement, I thought it might be worth reminding ourselves of what he thought of the Irish economy in 2006 when, on 23 February he gave a speech to the University College Dublin’s Michael Smurfit School of Business. What follows is a reproduction of an article by Osborne published in The Times on the same day. Ignoring the role of banks, private debt and land speculation, he paints a rosy picture of the Celtic tiger and how the Uk should emulate its success.

A generation ago, the very idea that a British politician would go to Ireland to see how to run an economy would have been laughable. The Irish Republic was seen as Britain’s poor and troubled country cousin, a rural backwater on the edge of Europe. Today things are different. Ireland stands as a shining example of the art of the possible in long-term economic policymaking, and that is why I am in Dublin: to listen and to learn. After centuries of lower incomes, Irish average incomes are now 20 per cent higher than in the UK. After being held back for decades, the productivity of Irish companies — the yardstick of economic performance — has grown three times as quickly as ours over the past ten years. Young Irish families once emigrated in their millions to seek a better life overseas; these days it is young people across Europe who come to Ireland to find good jobs. Dublin’s main evening newspaper even carries a Polish-language supplement.

Ireland is no longer on the edge of Europe but is instead an Atlantic bridge. High-tech companies such as Intel, Oracle and Apple have chosen to base their European operations there. I will be asking Google executives today why they set up in Dublin, not London. It is the kind of question I wish the Chancellor of the Exchequer was asking.

What has caused this Irish miracle, and how can we in Britain emulate it? Three lessons stand out. First, Ireland’s education system is world-class. On various different rankings it is placed either third or fourth in the world. By contrast, Britain is ranked 33rd and our poor education performance is repeatedly identified by organisations such as the OECD as our greatest weakness. It is not difficult to see why. Staying ahead in a global economy will mean staying at the cutting edge of technological innovation, and using that to boost our productivity. To do that you need the best-educated workforce possible. It is telling that even limited education reform is proving such a struggle for the Prime Minister.

Secondly, the Irish understand that staying ahead in innovation requires world class research and development. Using the best R&D, businesses can grow and make the most of the huge opportunities that exist in the world. That is why it is shocking that the level of R&D spending actually fell in Britain last year. Ireland’s intellectual property laws give incentives for companies to innovate, and the tax system gives huge incentives to turn R&D into the finished article. No tax is paid on revenue from intellectual property where the underlying R&D work was carried out in Ireland. While the Treasury here fiddles with its complex R&D tax credit system, I want to examine whether we could not adopt elements of Ireland’s simple and effective approach.

Thirdly, in a world where cheap, rapid communication means that investment decisions are made on a global basis, capital will go wherever investment is most attractive. Ireland’s business tax rates are only 12.5 per cent, while Britain’s are becoming among the highest in the developed world.

Economic stability must come before promises of tax cuts. If, over time, you reduce the share of national income taken by the State, then you can share the proceeds of growth between investment in public services and sustainably lower taxes. In Britain, the Left have us stuck debating a false choice. They suggest you have to choose between lower taxes and public services. Yet in Ireland they have doubled spending on public services in the past decade while reducing taxes and shrinking the State’s share of national income. So not only does Ireland now have lower business and income taxes than the UK, there are also twice as many hospital beds per head of population.

World-class education, high rates of innovation and an attractive climate for investment: these are all elements that have helped to raise productivity in Ireland. It is not the only advanced economy to have achieved this uplift. Last week in Washington the new Chairman of the Federal Reserve, Ben Bernanke, told me about the impact that the sustained increase in productivity growth had made in generating prosperity in the US. By contrast, in Britain productivity growth has fallen in recent years and is far behind the likes of the US and Ireland. Indeed, it is one fifth the rate it was when Gordon Brown walked into the Treasury. Poor skill levels, rising taxes, bureaucratic planning controls and chronic overregulation are high on the list of culprits. Britain is being left behind.

Faced with the extraordinary rise of economies such as China, India and Brazil, many European governments seem to have accepted that long-term decline is inevitable. I detect a similar pessimism here. How on earth, people ask, will we ever compete in such a fiercely competitive world? The Chancellor’s answer is to put up the shutters and stick on a path of ever-higher taxation and an ever- growing State. But you cannot shut out the future.

The new global economy poses real long-term challenges to Britain, but also real opportunities for us to prosper and succeed. In Ireland they understand this. They have freed their markets, developed the skills of their workforce, encouraged enterprise and innovation and created a dynamic economy. They have much to teach us, if only we are willing to learn.