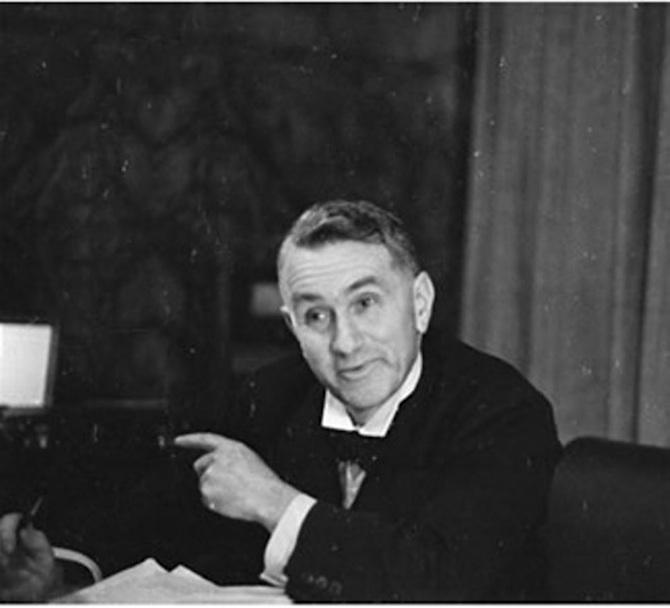 I have an original copy of Tom Johnston‘s Our Scots Noble Families from 1909. It is a treasure. It was reprinted by Argyll Publishing in 1999. Here, reprinted, is the opening chapter entitled A General Indictment. Read it and remember that politics and political writing once had revolutionary potential.

Before proceeding to analyse the methods by which each of our Scots noble families rose to fortune, and before I examine in detail the origin of their various divinities, dignities and privileges, it is advisable to take our canvas and lay on in primary colours a general and comprehensive indictment of Scots landlords as a class. The histories of our land have been mostly written to serve the political purposes, and flatter the conceits of our aristocracy. When the historian knew of happenings calculated to cast odium on our landed gentry, he carefully excised the records, and where he did not know, he was careful to assume, and lead others to assume, that the period of which he was ignorant were periods of intense social happiness, wherein a glad and thankful populace spent their days and their nights in devising Hallelujahs in honour of the neighbouring nobleman. And that is why the history of Scots mining is wrapped in darkness: that is why we never hear of the hundred and fifty years slavery, and why the collier of to-day does not know that his ancestor of a century ago was a two legged chattel, bought, sold, and lashed as were the cotton plantation negroes in pre-Civil War times. There are no popular histories of the thefts of the Klaan and Abbey lands. Even the sparse records of neyfship are never dragged out to the popular gaze.

A democracy ignorant of the past is not qualified either to analyse the present or to shape the future;

and so, in the interests of the High Priests of Politics and the Lordly Money-Changers of Society, great care has been taken to offer us stories of useless pageantry, chronicles of the birth and death of Kings, annals of Court intrigue and international war,

while withheld from us were the real facts and narratives of moment, the loss of our ancient freedoms, the rape of our common lands and the shameless and dastardly methods by which a few selected stocks snatched the patrimony of the people.

Generation after generation, these few families of tax-gatherers, have sucked the life-blood of our nation; in their prides and lusts they have sent us to war, family against family, clan against clan, race against race; that they might live in idleness and luxury, the labouring man has sweated and starved; they have pruned the creeds of our Church and stolen its revenues; their mailed fists have crushed the newer thought, and their vanities the arts. In their vandalisms they burned and destroyed our national records.

To-day the stones of old Kilwinning Abbey erect stabling at Eglinton Castle; Greyfriars Monastery went to erect Lord Maxwell’s castle; Arbroath and Newbottle were despoiled for the erection of jails; the stones of :Loretto built a Tolbooth; Melrose built a jail, a mansion house, and a mill; and Sweetheart Abbey went to rear a village.

Our very history has been inverted to fan their conceits; they have barred us by barbed wire fences from the bens and the glens: The peasant has been ruthlessly swept aside to make room for the pheasant, and the mountain hare now breeds her young on the hearthstone of the Gael! Time and again they have sold our land to the invader. The Bruce, a Norman, convinced our forefathers that his fight against the English was for Scottish freedom; and lo, when the invading hosts were driven back, the Bruce handed our common fields to his fellow Normans. For the Stuarts, also Normans, we shed our blood, only to find the chains of tyranny and misery manacle us the more.

Professor Cowan, of Aberdeen, told us in 1901 that in the age before the Reformation one-half of Scottish wealth was in ecclesiastical hands. At and after the Reformation we found the nobles who had allied themselves to our cause, not only foisting a hateful patronage upon our pulpits, but burning the ancient charters, grabbing the lands, and despoiling the patrimony of the kirk.

They scorned every principle of morality we hold dear; they gambled and murdered and robbed and foisted numerous children of illegitimate lusts on the granaries of the common people. For almost two centuries they actually enslaved the miners of Scotland, buying and selling them like cattle, and lashing them to a miserable toil. In the Highlands, and on the Lowland borders, they stole the clan lands and drove our kinsmen beyond the seas; they destroyed our ancient freedoms, corrupted our laws, despoiled us of our common heritage, the soil, and to-day take rents for which they cannot produce titles. They are mostly – I am safe in saying 75 percent of them- descendants of foreign freebooters, who forcibly took possession of our land after the Norman conquest in 1066. Year after year they still drive the people from the soil, huddling them in stinking cities, bereft of opportunities for the only trade they know, agriculture. And so the poor’s rate rises and competition among city labourers for vacant situations becomes keener and wages fall. And so misery and drunkenness and destitution and physical degeneration eat like evil ghouls at the very fibre of our national life. And all because, forsooth, His Grace of Sutherland gets bigger rents for sheep farms than for crofts, and because His Grace of Atholl must have freedom on his August moors and solitude in his embattled keep. In the six crofting counties alone, in the 25 years from 1883 to 1908, deer forest lands increased by 1,248,598-acres, while in the non-crofting counties the lands exclusively devoted to sport in the year 1908 amounted to 563,688 acres. At the census of 1891 there were recorded 928,513 persons in the rural districts; at the census of 1901 there were only 885,809, or a decrease of 42,704 in 10 years. These figures tell the story of the strangulation of a race; they tell us that the Celt is being slowly, if silently, cleared from the croft of his fathers, and that soon no sound will echo in the smiling valleys but the crack of the sportsman’s rifle and the plaintive cry of the lonely whaup. So long as a dozen families own one-half of Scotland, so long will countless families own none of it, and be under continual necessity of cringing and begging:-

“A brother of the earth to give him leave to toil!”

And so long as half the race is compelled by dire necessity to kneel cap-in-hand before the Lord who owns the soil, so long will our rural populations be cast in an unmanly and spiritless mould. This, indeed, I take to be fundamentally the most serious evil wrought by private land lordism in Scotland to-day. To extort rents, to enclose fields, to drive the peasant from his croft that the pheasant may be plentiful and free from disease (which solicitude about health is by no means so frequently extended to the children of the farm labourer), to withhold land required for public improvements, or to give it only at ransom prices and with iniquitous reservations, to shut out the people from the beauties of the sylvan glade, to fence them out with Trespass Boards and barbed wire from the mountain peak or the moor or the loch, to herd them in smoky cities – these are grievous wrongs. But to sit as feudal superiors dictating to men and women how they shall comport themselves alike in the great and trivial affairs of life, to prohibit marriages, by refusing house accommodation, to crush and grind the soil, the manliness, the backbone, and the independence out of rural Scotland, to have every man, woman and child cap-touching, curtseying, fetching, and carrying, and currying favour, is to perpetrate a crime far more terrible than is bodily hurt or theft of gear. To-day the shadow of the Big House blights and withers the soul of the villager; he votes, thinks, and prays (or pretends to), as factor and flunkey suggest; his initiative, his individuality, his spirit has been crushed.

Wilde, in that brilliant essay of his on The Soul of Man, declared that, to him, the sad thing about the French Revolution was not that Marie Antoinette went to the Scaffold, but that there could be found peasants in La Vendee willing to go to death for the hideous cause of Feudalism. And to-day, in Scotland, our artisans and peasants appear to believe that these ancient noble families hold their privileges and lands at the earnest behest of Divine Providence; that their wealth has been justly earned; and that their titles are but rewards for honest service to the State.

The first step in reform, either of the Land Laws or of the House of Lords, is to destroy these superstitions. Show the people that our Old Nobility is not noble, that its land are stolen lands – stolen either by force or fraud; show people that the title-deeds are rapine, murder, massacre, cheating, or Court harlotry; dissolve the halo of divinity that surrounds the hereditary title; let the people clearly understand that our present House of Lords is composed largely of descendants of successful pirates and rouges; do these things and you shatter the Romance that keeps the nation numb and spellbound while privilege picks its pockets.

The following papers (most of which have appeared in the columns of Forward) have an enormous research work embodied in them, and are now gathered together at the earnest request of a large number of people who believe it to be necessary that the information should not be left buried in a newspaper file, but should be widely disseminated among all varieties of Social Reformers. It is scarcely necessary to add that these papers pretend to be no more than mere preliminary indictments, affording, perhaps, a basis on which future democratic historians will build, but in themselves merely stray leaves from the records of the past, hastily linked together to form a suitable weapon for the campaigns of the immediate future.