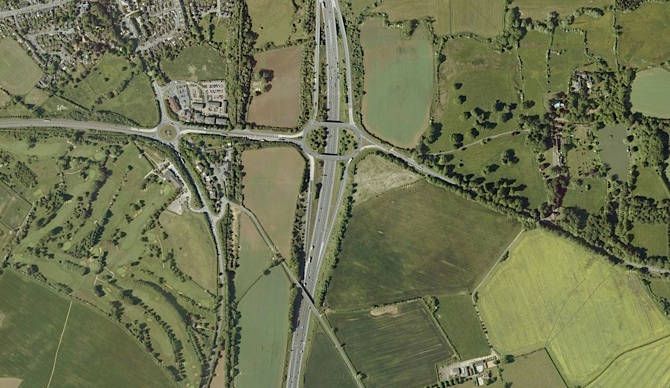 Simon Pia, writing in today’s Scotsman, provides a welcome reminder that property tax in Scotland is in a mess with politicians of most persuasions (he quite rightly excludes the Scottish Greens & their LVT proposals) have avoided this thorny issue in an attempt to curry populist favour with the electorate. Now I believe in democracy, so why is it wrong that politicians should adopt policies popular with the electorate?

Well in this instance, the council tax freeze was implemented as part of the appeal of Labour and the SNP in a Scottish Parliament election. But the Scottish Parliament does not have the power to set council tax rates. In order to implement its promises following the 2011 election the SNP had, in effect, to bribe local authorities to accept the freeze or face cuts in revenue. This corruption of democracy is made possible by the lack of any constitutional protection for local government’s autonomy – a point elaborated on recently by David O’Neil, the President of COSLA. In short, central government has virtually unfettered freedom to interfere in the affairs of local government even to the extent of abolishing it.

So, if local authorities wish to freeze the council tax – fine. But the Scottish Government should have no power to do so or to appeal to voters in national elections on the basis of this brazen interference with local government’s freedoms and powers.

If, in next year’s Federal elections in Germany, Angela Merkel were to appeal to voters in Lower Saxony by promising to freeze their local taxes, she would be up in front of the Supreme Court for breaching Article 28(2) of the German constitution which entrenches the rights of Länder and Municipalities to regulate their own affairs and set their own tax bases. Scotland’s Holyrood parties don’t need to worry about such a fate.

As Simon Pia argues, we need to sort out property taxation. On the face of it the Scottish Government is very active in this area.

It is proposing reform of Stamp Duty Land Tax.

This afternoon in the Scottish Parliament is expected to pass the Local Government Finance (Unoccupied Properties etc.) (Scotland) Bill which will allow the reduction of certain exemptions on business rates.

Tomorrow it will launch a consultation on the future of business rates.

It is committed to a review of the council tax in this Parliament.

But the problem with the Government’s approach is that it is piecemeal. All these reviews are being conducted in isolation from each other. Land and property taxes are far too important to be dealt with on an ad-hoc basis and need to be considered as a whole in relation to the role of land in the economy.

In a previous post, I highlighted the absurdity of an empty industrial building in Glasgow whose owners have avoided over £600,000 in business rates over their 5 years of ownership. When it caught fire in November 2011, Strathclyde Fire and Rescue were expected to put the fire out at great expense and risk to their staff. Strathclyde Fire and Rescue, unlike the property developers that owned the building do pay business rates – over £2 million in just 1 year.

Under the Local Government Finance (Unoccupied Properties etc.) (Scotland) Bill, empty industrial properties like this will continue to be exempt from tax despite their owners taking advantage of local services paid for by others.

Meanwhile, five-a-side football pitches, river-gauging stations, wind farms, lighthouses, ambulance stations and advertising panels on bus shelters are all liable to pay business rates. Public parks, diplomatic missions and cash machines in rural areas, on the other hand are exempt. So too is agricultural land and sporting rights which is why the Duke of Westminster who is one of the richest men in Britain pays nothing on the 95,000 acres he owns in Sutherland (though the estate office and a self-catering unit are assessed). Sheik Mohammed bin Rashid al Maktoum, the rule of Dubai also pays nothing on his 62,000 acre Killilan Estate. So whilst the pub, the filling station and the local hotel all pay their share of local taxes, most landowners pay nothing.

The OECD and the Mirrlees Review have both drawn attention to the benefits and importance of land taxes as far and progressive means of public finance.

Why do Scottish and UK politicians continue to duck the issue?

UPDATE 1235 I am grateful to Ed Iglehart for drawing my attention to this short article he wrote on the topic of local government. It includes a useful link to a report commissioned by the Scottish Office for the McIntosh Commission in 1998 – The Constitutional Status of Local government in Other Countries. Also, in response to a comment by Neil King, worth having a look at this presentation from the Norwegian Fire Service were fire and rescue is the responsibility of the municipalities which cope quite well with the responsibility.