I want the assurance I will not be evicted 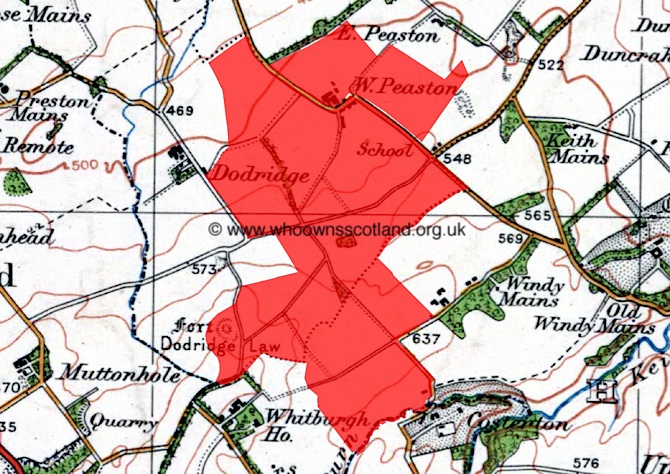 These words were spoken by Angus Stewart when he appeared before the Napier Commission to give evidence as the very first witness on Tuesday 8 May 1883. He wished an assurance that, as a consequence of his evidence, he would not be evicted by his landlord.

A report by Robbie Dinwoodie in the Herald this morning claims that the Scottish Government is still to decide whether to appeal a Court of Session ruling (Salvesen v Riddell 2012) that Section 72 of the Agricultural Holdings (Scotland) is ultra vires and in breach of Article 1 of Protocol 1 of the European Convention on Human Rights. If the Scottish Parliament wishes to defend its own legislation, action needs to be taken otherwise it will be struck down in accordance with Lord Gill’s ruling.

I have blogged on this case before in these two posts here (on the politics of it) and here (on the legal case itself).

Meanwhile, I though it might be worth reproducing the opening page or so from Chapter 18 of The Poor Had No Lawyers in which the background to this case is explained.

“On 3 February 2003, around one hundred tenant farmers across Scotland received eviction notices ordering them to quit their farms. It was the culmination of a hectic few weeks of such notices being served. On a day of particularly severe winter weather, every effort was made to deliver the legal papers. Some farmers, forewarned of the move, battened up their letterboxes but to no avail. These tenants all leased land by means of limited partnership tenancies, a legal device which had been constructed by lawyers to prevent tenant farmers enjoying security of tenure. The draconian activity was provoked by the fact that the next day, the fourth, an amendment was to be tabled in the Scottish Parliament to a new agricultural holdings act that would give such tenants security of tenure and the right to buy their farms if they should ever come up for sale. The amendment was necessary to protect tenants against further eviction notices issued between that date and the passing of the act.

The Agricultural Holdings (Scotland) Act of 2003 is one of the unsung successes of the land reform programme introduced by the Scottish Parliament. It provides a number of important benefits to tenants including a right to buy when the farm is sold, rights to diversify land use, rights to assign the tenancy and improvements to compensation arrangements when a tenant leaves the farm. George Lyon MSP was one of its architects and, in the debate that passed the act, he had this to say:

For too long, tenant farmers have played the game with the deck stacked against them. Until now, the landlords have held all the aces in negotiations. The bill waters down dramatically the powers of landowners and their factors. Those powers must be watered down, because landowners have seriously abused the provisions of the Agricultural Holdings (Scotland) Act 1991. The partnership tenancies created by that act were nothing more than a legal device that left tenants with no security and at the mercy of landlords, who could kick them out at any point during the partnership agreement.

Write-down agreements robbed tenants of the value of their investments and, to rub salt into the wound, the tenants usually ended up paying rent on their own investments. Post-lease agreements were designed to allow landlords to dump their responsibility for repairs, renewals and provision of fixed equipment on tenants.

The use of Queen’s Counsel and expert witnesses in rent arbitration meant that the cost of arbitration for tenants was prohibitive. The most recent rent arbitration that was carried out on Arran, of which the minister might be aware, cost £12,000. If a landlord has to balance that cost over 60 farms, because the precedent is set when the rent goes up, the cost is affordable, but if an individual tenant on a three-year rent review has to spread the cost of £12,000 over three years, it is a no-brainer – they do not do it. I believe that the actions by landlords and factors that I have described drove a coach and horses through the 1991 act and left tenants powerless to fight for a fair and just deal.

I hope that the bill will end that abuse. It will shift the balance of power back to tenant farmers and will be fundamental in ensuring the future of the tenant farm sector. The creation of two new tenancy vehicles and the provisions allowing diversification should reinvigorate the tenanted sector and act as a further spur to rural development.” (1)

In no other land use is the struggle between the landless and the landed so marked and of such long standing as agriculture. People have always been farmers out of necessity and farming requires land. Any analysis of farming is likely therefore to shed much light on land relations.”