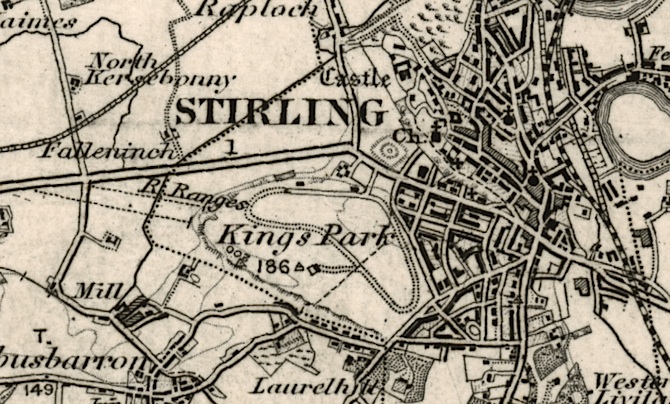 On Thursday this week, Stirling Councillors meet to decide the fate of the King’s Park (item 19 on agenda). This is the first time the new Council has the opportunity to consider the plans developed by the last council. For a critique of these see this post and for background documents see here.

Since then, the historic importance of the site has been affirmed by a group of leading historians including the Historiographer Royal, Professor Chris Smout. The UK government has also responded to the recommendations of the Scottish Affairs Committee report (see quoted extracts here) and ruled out the transfer on the flimsiest of grounds. In its report of 10 July 2012, it claims at para 7.6 that,

The King’s Park, Stirling cannot, however, be among these. After lengthy negotiations, the Crown Estate recently agreed a market price for its sale to Stirling Council, so transfer at nil cost would be incompatible with the Crown Estate’s statutory responsibilities.

What this argument in fact reveals is that in fact it is only because Stirling Council agreed in the past to raid the Common Good Fund and buy the King’s Park that the UK Government and the CEC can even make this argument.
The straightforward answer for Stirling Council is to take the deal off the table on Thursday. Then proper negotiations can take place with a view to transferring the site to Scottish Ministers – discussions which, as this letter reveal, are already underway.
UPDATE 1019hrs 12 October 2012 – I understand that the Council has voted to defer any decision.