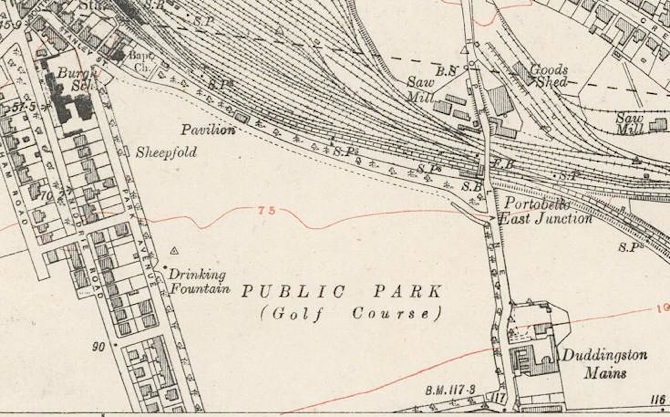 I do not know whether Portobello Park forms part of the common good of the City and Royal Burgh of Edinburgh. Portobello Park Action Group (PPAG) do not know whether the Park is common good and the City of Edinburgh Council do not know either. Nobody knows in fact and only the Courts can rule on this matter. It is one of the stranger aspects of this case that this vital question has never been resolved since the current legal impediment to building a school on the park is predicated on the assumption that the park is common good.

PPAG asserted that it was common good and when I first looked at the title deeds of the land in May 2006, it certainly appeared that there was a prima facie case that it was. The Council initially refuted the assertion but in a paper to Council in January 2008 (in which the whole question of common good was discussed), it was asserted (on page 2) that “Facts and circumstances indicate that Portobello Park is common good”

In the two Court of Session cases on the matter, both parties (PPAG and CEC) agreed that Portobello Park was inalienable common good. I do not know the basis upon which they reached that conclusion but evidence unearthed in the last week suggests that both parties were wrong to arrive at such a view without testing the matter in Court. In all my work with communities on matters of common good, I always advise them to conduct sufficient research to establish a high degree of confidence in their own minds that any land at issue is in fact common good. I do not know how confident PPAG were in their view and I am at a loss to understand why the Council took the view they did.  So what is the evidence that Portobello Park is not common good?

What is Common Good?

Before outlining the argument, it is important to note the broad definition of what constitutes common good which was first articulated in an Inner House decision by Lord Wark in the case of Magistrates of Banff v. Ruthin Castle Ltd. SC36 1944 at 384 in which he observes that,

“… there was in the end no dispute between the parties that all property of a Royal Burgh or a Burgh of Barony not acquired under statutory powers or held under special trusts forms part of the common good.”

This view of what constitutes common good was most recently upheld in the Inner House of the Court of Session in the case of Wilson v. Inverclyde 2003 (for example Lord Drummond Young at [4]). Thus, if it can be shown that the land on which Portobello Park is located was acquired using statutory powers, then it cannot form part of the common good and Lady Paton’s decision has no relevance. What then is this evidence?

Portobello Park was acquired by the Lord Provost, Magistrates and Councillors of Edinburgh as part of the negotiated agreement to merge the burghs of Portobello and Edinburgh. The merger was given statutory force by the Edinburgh Extension Act 1896 which incorporated the agreement to create a park into section 74 of the Act.

“The Corporation shall, within seven years from the passing of this Act, acquire, dedicate, and thereafter maintain for public use a public park or recreation ground in some situation convenient for the inhabitants of the present burgh of Portobello, and under such regulations as the Corporation may from time to time make.”

On 20 July 1898, at a meeting of the Sub-Committee of the Lord Provost’s Committee, it is minuted that.

“The Sub-Committee have carefully considered the provision of a Public Park at Portobello. They have through the Town Clerk been in communication with the Agents of several proprietors of lands in the District. They have carefully considered the offers made and they are of opinion that a field extending to 56 acres or thereby on the estate of Sir James Miller of Manderston and situated to the south of the Railway Station would be a most suitable one for a Public Park. It can be acquired at the price of £25,000 and the Sub-Committee recommend that the Town Clerk should be authorised to accept the offer and to adjust the conditions of sale.”

By feu disposition of 12 November 1898, this land was acquired from Sir James Miller by the Lord Provost, Magistrates and Council of the City of Edinburgh. It contained the following condition.

“That the area or piece of ground hereby disponed shall be used exclusively as a Public Park and Recreation Ground for behoof of the Community of said City and it shall not be competent to nor in the power of my said disponees or their foresaids to erect or build or give liberty to any person or persons to erect or build houses or buildings of any kind whatsoever thereon except buildings to be used as a house or houses for the Park Officers and Gate Keepers to be employed by my said disponees or for other purposes appropriate to the uses of the area or piece of ground hereby disponed as a Public Park or Recreation Ground.”

Section 58 of the Public Health (Scotland) Act 1867 provides that,

“The Local Authority may provide, maintain, lay out, and improve grounds for public recreation, and support or contribute towards any premises provided for such purposes by any person whomsoever..”

And Section 233 of the the Edinburgh Municipal and Police Act 1879 provides that the Magistrates and Council may,

“…purchase, feu, lease, or otherwise acquire by agreement such lands in or adjacent to the burgh as they shall think suitable for public parks, gardens, and bleaching greens, drying greens, and grounds, and open spaces for the erection of public buildings, public wash-houses, baths, and gymnasiums, and other works of a permanent character, and such general improvements as may be conducive to the amenity of the burgh and the promotion of health, convenience, and recreation of the inhabitants, and lay out, form, and maintain such works and improvements, all proper and necessary access thereto, and support or contribute towards the support and maintenance of grounds provided for such purposes by any person whomsoever ……”

All of these Acts provide evidence that the land was bought from Sir James Miller using statutory powers conferred on the Council.

Where did the money come from?

In 1905, Thomas Hunter, the Town Clerk and Robert Paton, the City Chamberlain published a book entitled “Report on the Common Good of the City of Edinburgh”. Their remit, of 29 July 1902, was to “prepare and submit a report .. upon the Common Good of the City, its sources, of what it consists, its purposes, and the expenditure met from it during the past five years..”

The report presents the detailed Common Good accounts for the years 1894 to 1904. No common good funds were used to acquire the park. Instead, the £25,000 for the purchase of the park came out of the Capital Expenditure account of the Police Accounts of the City 1898-99. (1) Moreover, on a large, elegant map which shows the various common good properties in the City shaded different colours according to their origins, Portobello Park is marked as a park but not included as part of the common good.

What does this mean?

The above evidence of statutory powers and money coming from the Police Account suggest that Portobello Park is not, in fact, common good. Although at present nobody can know for sure, it is of such fundamental importance that it should perhaps be settled as quickly as possible.

Standing against the argument presented above is the fact that the Park was dedicated to public use as a park. Might this fact confer common good status? I know of no instance where this has been the case although dedication to a particular use is a factor in deciding whether or not common good land is alienable or inalienable. (2) It is therefore uncertain what legal weight would be given to this fact. If the park is common good then clearly the Court of Session decision stands but if it not, then the decision has no relevance.

How might this question be resolved? I am not a lawyer but I would have thought that a declarator in the Sheriff Court would be the route to take.

Who could take such an action?

Anybody who wishes to.

(1) The term “police” in this context and “police burghs” has nothing directly to do with the Constabulary but is derived from the Greek word politeia, meaning the administration or government, especially of a city (polis).

FURTHER – as with all blog posts of a legal character, as a non-lawyer, I am happy to be corrected on any of the facts or opinions expressed.