The Future of Common Good 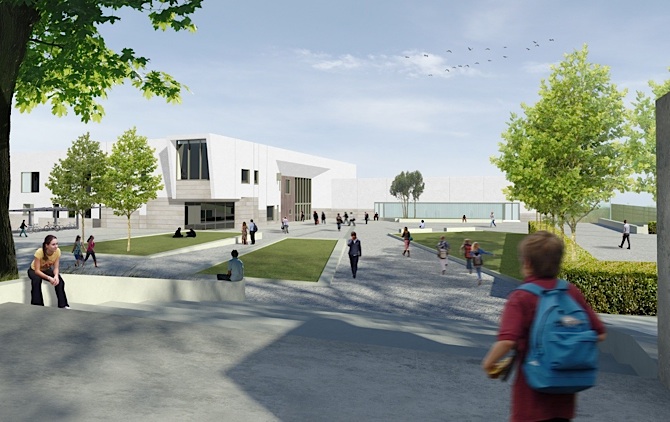 The fallout from the Portobello Park decision (see previous post) has got me thinking. For a long time I, along with others, have been working to secure better protection for common good land and property in Scotland. This has mostly involved working with communities in small towns in Scotland to defend their interests against remote and distant decision making in a faraway place where the Council HQ is based. This work brought me into contact with those in Portobello who have been campaigning against building a school in Portobello Park. I first met them at a public meeting in Cupar in April 2006 and agreed to provide advice and assistance as I do to all who are concerned with common good matters. I consciously do not take sides in local disputes but the Portobello Park is different.

Virtually all the cases I have been involved in concern a local community that wishes to decide for itself  how common good land should be managed and used. This is hardly revolutionary since this is the land that they once held title to and manage before the Town Councils were abolished in May 1975. Portobello, however, is the first instance where the community and the Council all appear to be agreed that a school should be built on the park and the ones seeking to defend the common good land are in the minority. Their tenacity in this case has provided a very useful clarification of common good law but at a huge price to community cohesion and the future of children and their education in Portobello. In short, I find myself welcoming the legal decision because it clarifies the law but at the same time lamenting the outcome because I believe that this is a good site for a new school.

The wider lessons I think are twofold.

Firstly, the law on common good is complex and in some cases perverse. As Neil King comments in the last post, is it credible that “Parliament meant to provide a mechanism for the outright *disposal* of inalienable common good but not for the lesser step of retaining it for an alternative use“? No land should be frozen for ever by events of decisions taken centuries ago. Of course, it is important to have arrangements whereby the Council cannot, for example, contemplate building a new headquarters on the Meadows in Edinburgh. Common good law needs to be brought up to date and provide greater clarity about what it is trying to achieve. Above all, where a community expresses a clear desire to do something different with common good land through a referendum or resolution of the Council, then the community should have the legal powers to pursue their desired ends. Of course, in this case it should really be the community of Portobello who make the decision and it was their incorporation into Edinburgh in 1896 started this whole saga since the park was acquired for £25,00 as part of that agreement.

Secondly, and following on from the above, we need to restore local government and local democracy in Scotland. This will form part of a proposed new bill I hope to develop to secure a future for common good. It really is better that decisions about common land in Kirkcaldy are taken by the people of Kirkcaldy through open, transparent and participative democratic processes. If this were to happen, it might not matter so much whether land is common good or not. Deciding where a new school should be sited should not be that difficult a decision. Unfortunately that has not been the case in Portobello due to the unfortunate juxtaposition of a legal framework that is not fit for purpose, a Council that ignored all the signs of trouble brewing and the determination of a small number of people to protect their greenspace/property values (delete as appropriate).

Meanwhile there are solutions available. A private Act of Parliament seems the best option and was the means by which the National Galleries of Scotland obtained a small part of Princes Street Gardens to build a new cafe. This would take a year or two to achieve. Alternatively there are legal appeals available to the Supreme Court possibly on the grounds raised by Neil King.

Meanwhile none of this helps to heal the divisions in Portobello or to give the young people of the town the kind of excellent school facilities that they all deserve.

UPDATE OR (and here’s a thought), the Council could go to the Sheriff Court to seek authority to dispose of the land to a third party (say the Portobello Education Foundation). Remember, the law states that it cannot USE the land for another purpose while it remains in its ownership but it can (if approved by the Courts) sell the land. If this is successful the Council then takes out a 175 year lease of the land and builds the school.