The Poor Still Have No Lawyers

11. May 2011 · Comments Off on The Poor Still Have No Lawyers · Categories: Common Good, Land Rights, Legal affairs 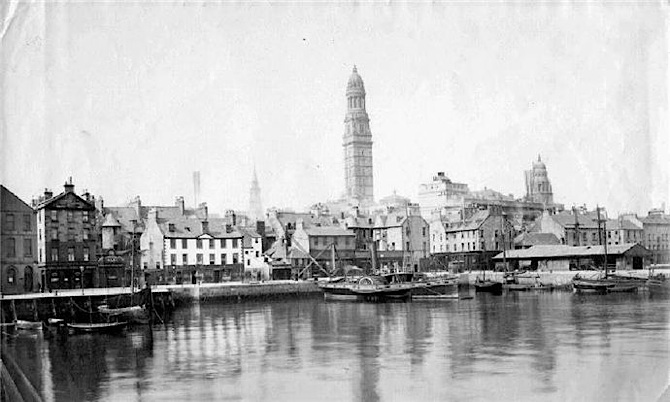 News reaches me today that a number of petitioners including Clydeport Operations Limited have lodged a Notice of Termination in the Greenock Telegraph on 21st April to seek the termination (under Section 20(1) of the Title Conditions (Scotland) Act 2003) of a large number of real burdens contained in deeds to the west harbour in Greenock. This was land that the Inner House of the Court of Session agreed was common good in 2003 in the famous case of Wilson vs Inverclyde 2003.

The case was brought by a resident of Greenock, Andrew Wilson and began when the Inverclyde Boatowners’ Association sought to to lease a small piece of land on which to over-winter their members’ boats. Greenock District Council flatly refused. A local Councillor, Ken Ferguson then researched into exactly who owned the west harbour and concluded that it belonged to the good people of Greenock as part of their common good, having been acquired in 1772

Sadly in the past 2 years, both Andrew Wilson and Councillor Ferguson have passed away. I met these two wonderful gentlemen on two ocassions and we discussed the next steps in the campaign. They were dogged and determined and at heart their question was how all this land ended up in the hands of Scottish Enterprise and Clydeport. In short, how did land which belonged to the people somehow leave their hands. This indeed was also the question that Lord Osborne asked in the 2003 case.

If I am right in the conclusion which I have reached that the Feu Contract of 1772 had the effect of transferring the property and rights described in it to the Magistrates and Councillors of the Burgh of Greenock, to be part of the common good, plainly a range of interesting questions arises in relation to the manner in which that property and those rights have subsequently been dealt with. These matters are not in issue in the present action. Accordingly, I propose to express no view about them. However, it may be that the defenders themselves may wish to consider how those parts of the common good of the Burgh of Greenock have come to leave the possession of their predecessors and whether any action, beneficial to the council tax payers in their area, can now be taken in that regard.

Further investigation uncovered a litany of dubious deals by various companies and public agencies in pursuit of the redevelopment of the harbour. Indeed in one of the Court of Session cases, one of the judges remarked privately to one of the pursuers that plainly “dirty deeds had been done at the crossroads.”

The fulls story deserves be written up more fully, but for the moment the question is whether there is any possibility that anyone will respond to the notice of termination by the deadline of 24 June. I have my doubts.

This post is written as a tribute to the few brave souls such as Councillor Ferguson and Andrew Wilson who were prepared to try and defend the community’s land rights in the face of brazen theft. The sad fact is that today in Scotland, land grabbing goes on apace, there is precious little anyone can do about it and there appears to be no organisations in civic Scotland willing to take up the cause of defending them.

It may well be that this case is not worth pursuing – sadly that is often the case due to expense and doubts about outcomes but it is tragic that such opportunities that do arise to defend the commonweal pass without without anything being done. I am very sad, angry and upset that such struggles are left to people to carry forward on their own like this.

A requiem should be written on this tale entitled The poor indeed still have no lawyers.