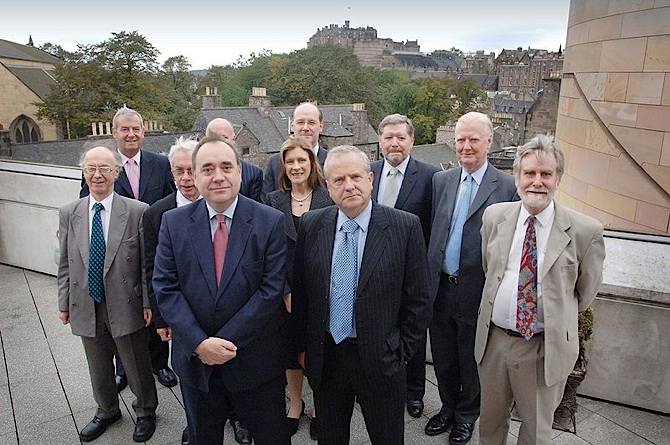 The Scottish Government has been consulting on a replacement for Stamp Duty Land Tax (SDLT) – one of the devolved taxes in the Scotland Act 2012. The consultation closes tomorrow (30 August 2012) and I have submitted a response. Yesterday, I spent a stimulating afternoon as a member of a panel discussing property and land tax organised by the Scottish Policy and Innovation Forum where my personal highlight was hearing from Eugene Creighton, Head of Income and Capital Taxes in the Irish Revenue.

As has become the norm in Government consultations, we are invited to answer a set of questions. In the case of this consultation, I declined to answer these questions for the simple reason that they all assume that it is a good idea to replace SDLT with what is being called a Scottish Land and Buildings Transaction Tax. My view is that such a transaction tax should be abolished in its entirety.

I cite in support of my view no less an authority than Professor James Mirrlees, Scottish economist, Nobel prize winner and member of the Scottish Government’s Council of Economic Advisers. Professor Mirrlees led an exhaustive 5-year review of the UK tax system funded by the Economic and Social Research Council and the Nuffield Foundation.

“Stamp duty is among the most inefficient and damaging of all taxes.

The Mirrlees Review recommends the abolition of business rates, council tax and stamp duty land tax to be replaced by a Housing Services Tax and a Land Value Tax. (2)

My recommendation to the Scottish Government is to conduct a comprehensive review of property and land tax in Scotland rather than the present ad-hoc approach where stamp duty land tax, council tax and business rates are all subject (or soon to be subject) to separate ad-hoc reform processes. There are a range of issues that need to be addressed in addition to purely fiscal matters. These include the important question of local governance and who should be responsible for setting property tax rates.

I also think that the Scottish Government should pay close attention to the findings of a comprehensive review of tax led by one of their own economic advisers which recommends abolition of transactions taxes on land and property. For a full review of their conclusions read Chapter 16 of the Mirrlees Review Tax by Design especially sections 16.3 and 16.4.

The above debate is closely linked to the debate on a wealth tax in the UK kicked off by Nick Clegg’s interview in the Guardian on Tuesday. In the Financial Times on Wednesday, former Deputy Governor of the Bank of England, Howard Davies, dismissed the practicalities of the idea but did advocate a land value tax as workable alternative.

The responses to the SDLT consultation can be viewed here and an analysis is published here.

The Land and Buildings transaction Tax (Scotland) Bill was published on 29 November 2012.

(1) Press Release 14 September 2011
(2) For further details of Land Value Tax, see my October 2010 paper and other material under “Hot Topics/LVT in the main menu.

The Land and Buildings Transaction Tax (Scotland) Bill is now being considered by the Finance Committee of the Scottish Parliament. I have submitted evidence. The Scottish Parliament Information Centre has produced a briefing on the Bill in which they make the important point (page 8 of the briefing) that the power that has been devolved to the Scottish Parliament is a power to levy a tax on transactions. I argue that we should abolish such a tax. Such an option is open to Parliament but it would have to raise the lost tax receipts from other sources which is why I argue for a proper review of all property tax and the introduction of a land value tax. That, however, is not going to happen. The Scottish Government are committed to this clumsy and complex tax that produces revenues that are unpredictable, necessitates a new bureaucracy and has been criticised by the Scottish Government’s own economic adviser, Professor Mirrlees.

The Finance Committee today published its Stage One Report on the Land and Buildings Transaction Tax (Scotland) Bill. My evidence and the views of Professor Mirrlees are dealt with under “Alternative Approaches” paras. 102 – 108. The Committee recognises that the Scotland Act 2012 requires any replacement tax for SDLT to be a tax on land transactions. The Committee has asked the Scottish Government whether it considered the findings of the Mirrlees Review in bringing forward a replacement tax for Stamp Duty Land Tax.