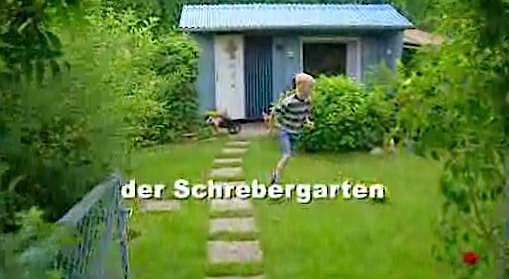 Lesley Riddoch and I enjoyed a packed session at the Nordic Horizons meeting on huts at the Festival of Politics this morning and the talk turned to how huts can be part of a revolution. Something of what this could entail is illustrated by watching this short film about two young boys spending time in their allotments and summer house.

(I am sorry – I can’t embed Flash video in WordPress.)

As close attention to the film will reveal and because Germany allows such urban hutting, children can grow up learning (with no need to be taught by a schoolteacher) about solar energy, growing their own food, rearing animals, building relationships with others, having substantial autonomy, expectations of equality and access to land and many other vital skills.

I am left wondering whether in fact whether such an upbringing contributes to Germany’s economic success. If girls and boys spend their childhood helping to build, maintain, manage and enjoy a small parcel of land upon which a community lives, they learn about empowerment, initiative, creativity, practical skills, relationships and so much more. A fascinating history of the schrebergarden movement can be found here including its legal basis in the land reforms following the 1918 revolution. There are over 1 million schrebergardens in Germany – four times the number of allotments in the whole of the UK (where if you dare to spend the night in your toolshed you could be evicted.)

Meanwhile the most that many of Scotland’s schoolchildren can expect is to get to go and visit a big estate or farm owned by an aristocratic landowner and be shown big tractors and and some animals.

The issues raised are very relevant to two Scottish Government initiatives at the moment. The first is he Land Reform Review Group (which has yet to publish its remit and about which little can sensibly be said until this is done). The second is the Community Empowerment and Renewal Bill consultation which specifically raises the future of allotment law and might yet be a vehicle for legalising the expansion of hutting.

Daye Tucker, a Director of Scottish Land and Estates finds my dismissal of how we link children to the land “loaded and toxically inaccurate” and “rather insulting”. I admit it is a bit flippant but it is designed to point up a deeper truth in the comparison between Germany and Scotland. Give kids 2 months spent on a schrebergarden and they will learn a lot more about growing food that a Royal Highland Educational Trust visit to a school. Rather to prove my point here is a report about the Dumfries and Galloway branch of the RHET who seem to think that taking big tractors into playgrounds is going to teach children anything. Note that this is a German tractor which was almost certainly assembled by workers who had grown up on a schrebergarden. Oh, and just have a listen to Andrew Dunlop in the film clip. 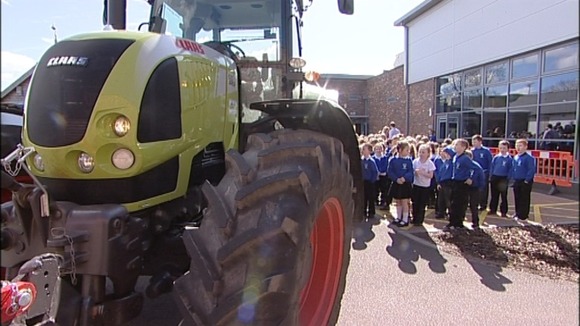 The story would not be complete without revealing what those schoolchildren above are actually looking at. Whilst some of the boys at the back are admiring the big green tractor, the rest are looking quizically at ….. a plastic cow (photo taken at a different stop on the same tour). 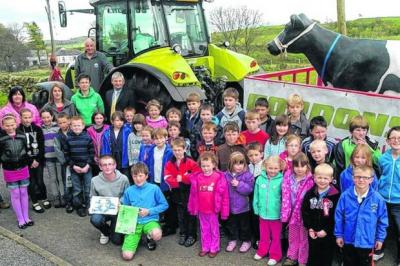