Banking in an independent Scotland 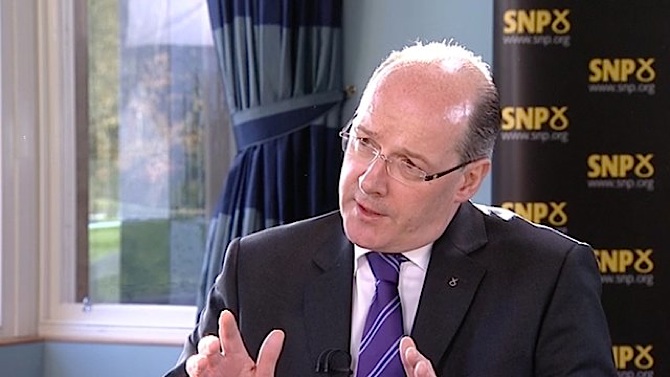 John Swinney writes a long piece in today’s Daily Record (1) on the Barclay’s rate-rigging scandal. He says a lot about Labour’s past failings but nothing about his own plans for banking reform and merely concludes that

“If we are to learn the lessons of the boom years, the banking collapse of 2008 and scandals like this one at Barclays must become an opportunity to build a better banking system.”

Well, yes. But two questions remain to be answered in respect of banking in an independent Scotland. (2)

In Swinney’s Glasgow Caledonian University speech on 11 June 2012, he says virtually nothing about monetary policy aside from welcoming the demise of the FSA. In future, the Bank of England will regulate banks and financial services. Under the SNP’s proposals to remain in the Sterling zone and regulated by the Bank of England after independence who will have legislative authority over the Bank? Two independent legislatures cannot each have autonomy and so there will have to be some kind of international treaty (like the Treaty of Maastricht which established the Euro). Â Which leads to the second question.

What kind of banking reform does John Swinney and the SNP have in mind? In the view of an increasing number of economists and others our monetary and financial system is fundamentally flawed because we have handed over the privilege of money creation to private commercial banks who now control 97% of the money supply (3). No wonder the LIBOR rate is set by a cartel of private businesses – they own our money.

Monetary reform is vital in an independent Scotland. Luckily for us, some good folk have been hard at work already. Positive Money has not only just published an excellent report on Democracy and Banking (which answers most of John Swinneys concerns) but has also (thank you, thank you…) drafted a Bill on a reformed Bank of England.

Now, let us be honest for a moment. Such a Bill stands next to no chance of becoming law whilst the British state has been captured by the feral elites of global finance. But, an independent Scotland could follow the recommendations of the Banking vs Democracy report and create an independent Scottish Central Bank.

Scotland would then become a beacon of progressive reform.

Unless it too has been captured by the high priests of Mammon?

(1) a similar text is published on SNP blog here.

(2) I should stress that the Barclays debacle and widening crisis of confidence in the City of London poses an equally serious challenge to the political credibility of Alastair Darling and the Better together campaign.

(3) It is worth contrasting the British banking system with that of Germany – a country I think Scotland would be far better to emulate that the UK. below is a graphic showing the breakdown of the banking sector with 70% of banks being owned by local authorities (Sparkassen) or credit unions, co-ops and mutuals. Thanks to Professor Richard Werner for the image. Professor Werner’s talk at the recent justbanking conference can be seen here – well worth a listen. 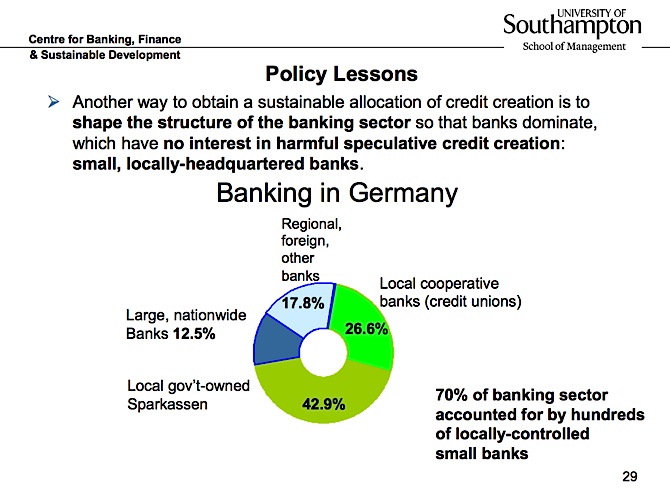