22. March 2011 · Comments Off on Carluke Commonty · Categories: Land Rights, Poor had no Lawyers 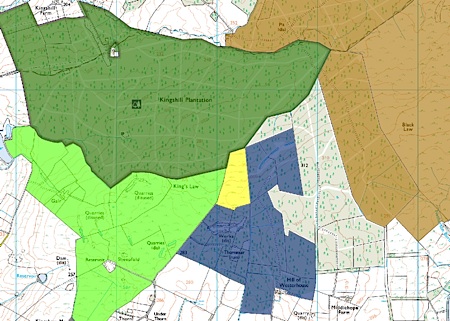 One of the parcels of common land that I have discovered in the course of unearthing the land we have lost is the Carluke commonty (yellow parcel in map above). I talk more about this on pg. 203 of The Poor Had No Lawyers (if you have not purchased a copy yet, I have a few copies left). When I discovered this common, nobody in Carluke appeared to be aware of it. They should be because it sits in the middle of what was at the time Europe’s largest windfarm (see map below). 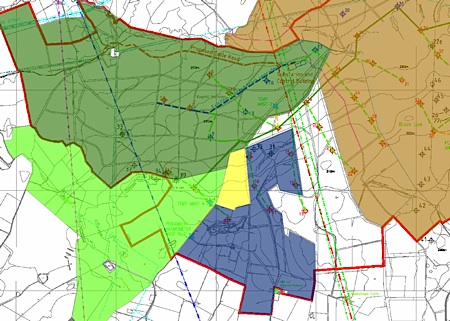 Today, it has been announced that an extension of the Black Law site has been approved. Might the good folk of the parish of Carluke now reclaim their common and earn some useful income at the same time? An aeriel shot of the common is below (with thanks to Scottish Power)