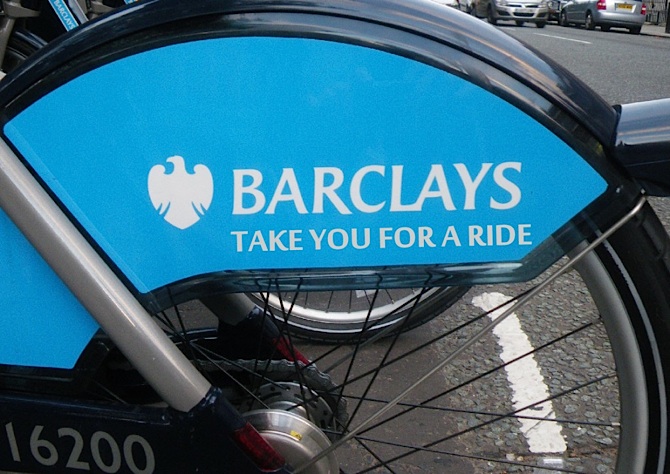 This evening I submitted the following report to the Tower Hamlets Division of the Metropolitan Police.

“I am contacting you as the police authority responsible for the area in which Barclays PLC, 1 Churchill Place, London has its HQ. From press reports today and, in particular on the basis of the Final Notice issued by the Financial Services Authority today, 27 June 2012 (FSA Reference No. 122702), I have reason to believe that a crime of fraud has been committed by Barclays Bank PLC and hereby report this alleged crime to the Metropolitan Police.”

Section 4 of the Fraud Act 2006 would seem to cover matters nicely.

I look forward to their response.

This morning, the Scotsman reports that “During a visit to a police call centre in south London yesterday, Met Commissioner Bernard Hogan-Howe was asked whether he would launch an investigation into Barclays and replied: â€œIf there were any complaints Iâ€™m sure weâ€™d consider it.â€”

At 0942 this morning I received a call from the Metropolitan Police to confirm that the above report has been received. It has been allocated Call Reference Number CHS20170629002017. Since (as far as I am aware) I am not a victim of this alleged crime, the Police are unable to discuss the matter further with me but have stated that investigations are underway and that any developments will be reported in due course.

I have been advised that any crime reported to the Metropolitan Police should be allocated a cris number – a crime reference number. The number above is a call handling number. I phoned the Met this evening to ask what the cris number was and they told me that, following my earlier call this morning at 0839, the file had been closed at 0943 and no crime reference number allocated. The reason for this is that I am not a victim of the crime of fraud that I allege Barclays Bank has committed. Only a victim can report a crime. So that is that. Until the MET receive a complaint from a victim, they can happily report that no complaints have been received. from press reports today, however, the Serious Fraud Office is in discussions with the FSA.

I have submitted a formal complaint to the Metropolitan Police over their handling of my report of alleged fraud.

On 3 July, the Metropolitan Police wrote to me informing me that my crime report was not accepted because the contact forms provided for Borough police divisions in London cannot be used to report a crime. Instead, you are meant to use the online crime reporting service. But I chose not to use this because it emphatically states that it is to be used only for emergency crimes and I had no wish to waste police time. According to the police I need to make a crime allegation through the proper channels, namely by phoning 101 or in person at a police station.

I live in Edinburgh and 101 does not work from Edinburgh.

Thank you for you contact via the generic email system.Â

This system cannot be used to report a crime, and I notice you tickedÂ the box that confirmed it is not a crime report.Â

There are certain crimes that can be reported online, but this is notÂ one of them.

To progress this matter you will need to make a crime allegation forÂ evidential purposes through the proper channels, namely either byÂ phoning 101 or attending a police station.

I hope this has been of assistance.Â

Then, on 10 July 2012, I received the following email from Nigel Newman at Bethnal Green Police Station

Further to you previous generic email this matter has been accepted for investigation by the Serious Fraud Office, any complaints need to be addressed to Action Fraud or if you believe you have information about a serious fraud then this can be reported confidentially via SFO Confidential.

I hope this has been of assistance.