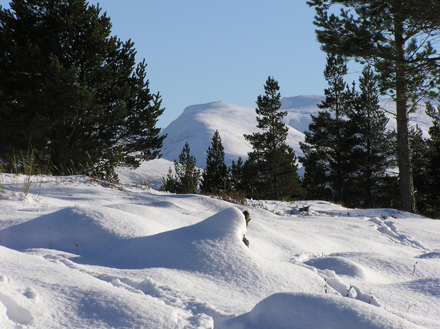 (This Comment piece was published in The Herald on 4 February 2010.)

The debate in England about the future of the public forest estate is now causing some serious discomfort for the coalition government as MPs are flooded with letters and emails from constituents opposed to the sell-off of Forestry Commission forests. The public, it seems love their woodlands and have risen up in defence of the Forestry Commission.

But the debate raises a more fundamental question which has been aired in Scotland before but never resolved. The public clearly want to have state-owned forests (and that is as true in Scotland as it is in England as witnessed by the SNP Government abandoning plans to lease 25% of the FC estate in 2009). But who exactly should own public forests?

In contrast to other countries such as the US and Canada, public forests have no constitutional protection in the UK. Their fate is determined by the will of whichever government is in power in Holyrood, Westminster, Cardiff or Belfast and Ministers are free to sell them as when they like. All over England, local campaigns have sprung up to “Save Sherwood Forest” and “Save Cannock Chase”. This is admirable but if we really want to save our forests then we should change the way they are owned and make them genuinely ours.

By all means, let’s have an extensive public forest estate north and south of the border but let’s not have it owned by Ministers of the Crown. Instead, title to public forests should be vested in locally-elected forest land boards which would have full statutory powers to manage them according to local priorities. Local communities could then enjoy the full responsibility to decide on the future of these valuable places. Local people could also choose to support local businesses in the forest like the Hub in Glentress near Peebles which is shortly to be evicted.

The question of saving our forests would then be truly up to us.