Does the Conservative Party know to whom they are paying rent? 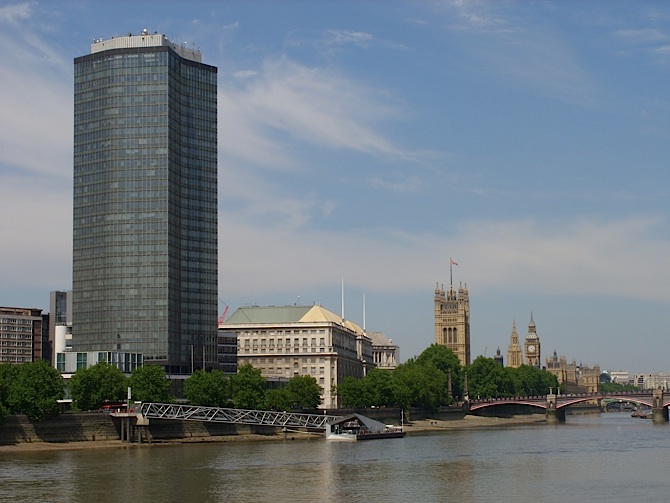 Amidst all the press coverage of the student demonstration in London on Wednesday, one small question was niggling me as I watched the windows being smashed in Millbank Tower.

Whose windows? Who owns Millbank Tower? As it happens, the same question was ocurring to Alex Barker of the FT. His blog claims that it is the Reuben brothers. However, I am always a bit doubtful of such claims as they tend to be born of popular knowledge. Just as the Duke of Buccleuch does not own any of the Buccleuch Estates (see Ch.29 of The Poor had No Lawyers), it is unlikely that the Reuben brothers own Millbank Tower in their own name.

A 2 minute search of the Land Registry turned up Title Number NGL886677 together with a plan which reveals that the 21-24 Millbank and 25 and 30 Millbank are owned by Basio Holdings Ltd. of 1 Palm Chambers No. 3, PO Box 3152, Road Town, Tortola, British Virgin Islands.

So the Conservative Party (who rent offices in No. 30) are paying rent to a company in the British Virgin Islands. I hope they are aware of the Non-Resident Landlords Scheme.

MONDAY 29 NOV UPDATE There is a Leasehold interest in Millbank (title and plan here) which is owned by TST Millbank LLC incorporated in Delaware, USA. It was acquired for £1,350,000 in 2001 andruns for 125 years from 2000. The Conservative Party are probably paying rent to the leaseholder. But £1.35 million is peanuts to pay for a 125 year lease especially when the freehold cost £35 million in 2007. Who is behind TST Millbank LLC?